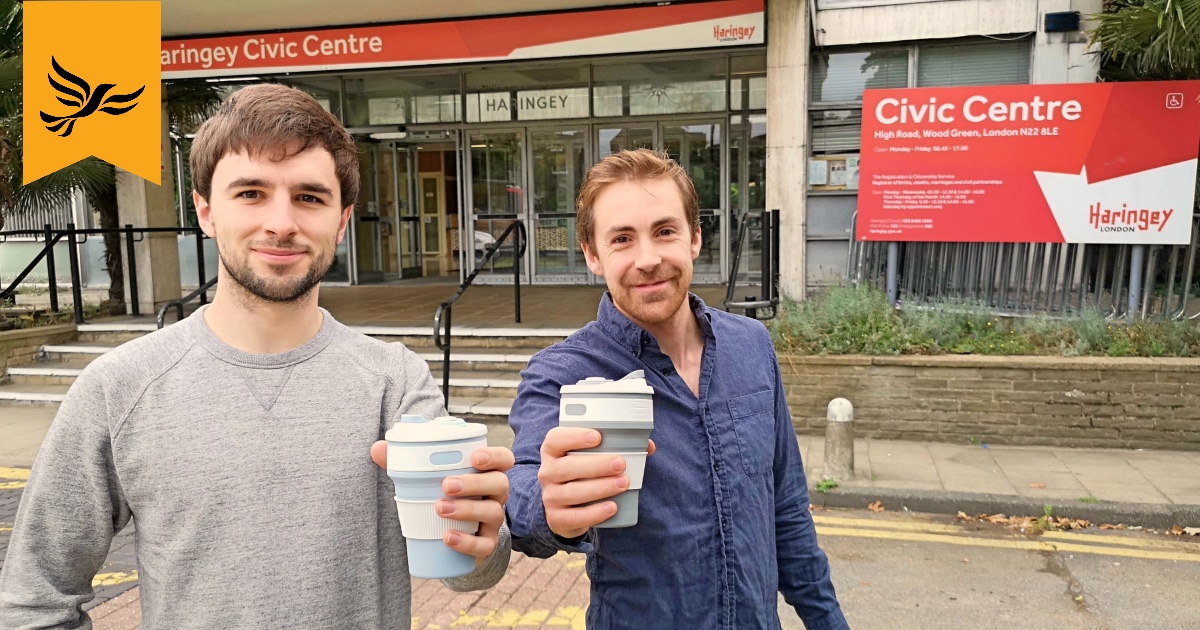 Haringey Liberal Democrats are calling for the Council to lead by example, and stop encouraging the use of disposable plastic items.

Cllr Scott Emery, Haringey Lib Dem spokesperson on the Environment, has written to Cllr Hearn, Cabinet Member for the Environment, proposing that the Council should begin charging 25p for disposable cups and promote reusable alternatives on its premises.

“The plastic bag tax that Lib Dem ministers introduced when they were part of the Coalition government not only massively reduced the amount of bags becoming litter and waste, but it also generated over £66m for good causes in the year 2016-17. It is time the same started happening with disposable cups. There are alternatives and it is time we push for people to use them.

“A lot of businesses are already taking this sort of step. The Council should be proactive and make the change as soon as possible rather than sitting on their hands.”

The letter in full is as follows: