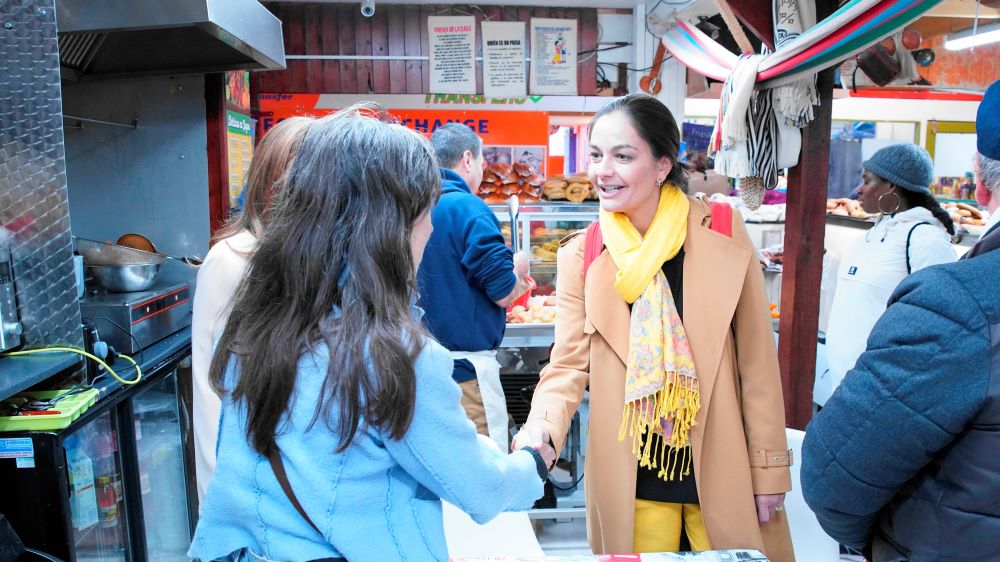 "Pueblito Paisa has become such a crucial part of the locality and of London. It's more than just a haven for Latino migrants fleeing persecution offering them security and a taste of home. It's the thriving heartbeat of the community and a fantastic reflection of London's diversity and welcoming spirit.

It's very disappointing that the local Labour council seems to be on the side of the developers and is ignoring what is essentially social cleansing of the area. And I'm shocked that the current Mayor of London Sadiq Khan hasn't so much as set foot inside the market.

As Mayor, I would act to protect this amazing, vibrant community that lies at the heart of London."

"It was heartbreaking to hear members of the Latino community had been attacked or abused for speaking Spanish or Portuguese on the street. In that context, the Latin Market is a safe haven for them and many other members of our diverse community. That makes it an absolute necessity that we keep this wonderful market open.

"This is one of very few Latin markets in the country. It allows for the mixing of an incredible array of different cultures. It’s part of what makes our area special. Rather than menacing it, our Council should be striving to preserve it for the future."