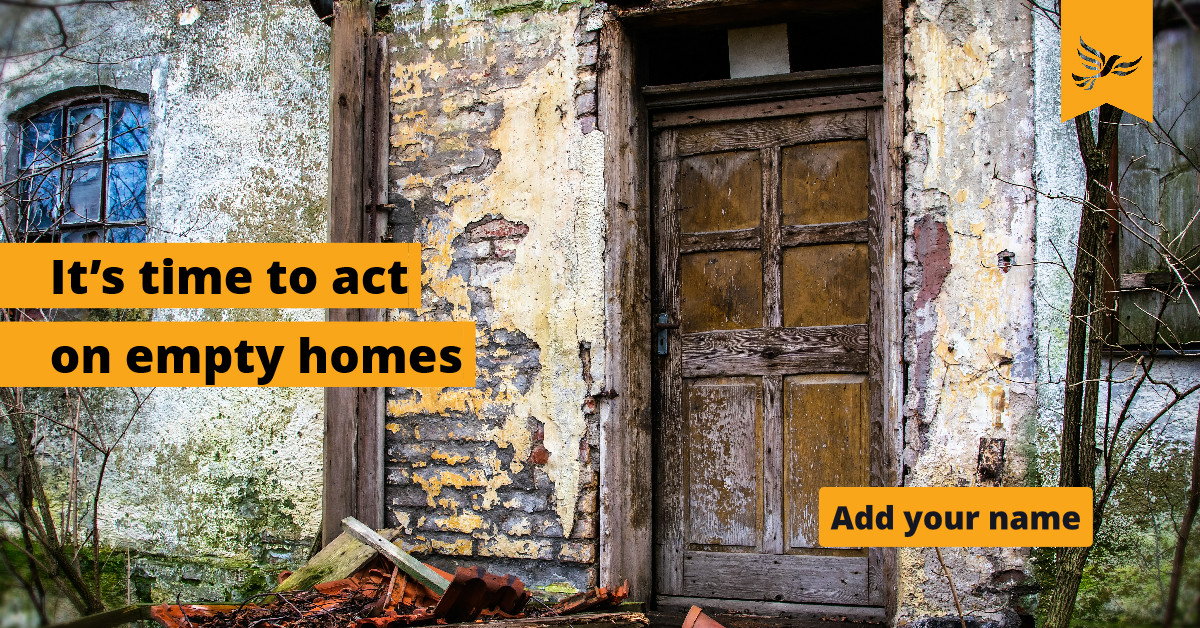 800 homes in Haringey have been left empty for six months or more, with over 190 vacant for greater than two years, research by the Liberal Democrats has revealed.

The figures, uncovered through Freedom of Information requests, show that there are over 210,000 homes across the country that have been empty for six months or more. Of these, 61,251 had been empty for two years or more, 23,596 for five years or more, and over 10,900 have stood empty for at least ten years.

Labour-run Haringey Council has failed to make use of Empty Dwelling Management Orders (EDMO), powers used by local authorities to take over properties that have been empty for at least two years. This is despite the fact that some local families have spent Christmas without a home.

Nationally only 19 of the 247 councils in England and Wales that responded (the powers do not apply in Scotland) had used an EDMO in the past five years. Of these only six had used one in the past year.

That's why we have launched a petition calling for Haringey council to do something about this. You can sign our petition here.

“At a time when the homelessness crisis is worsening and more and more people are sleeping out in the cold on our streets, it is a scandal that so many homes locally are sitting empty.

“These homes could be turned into affordable places to live for those that need it across Haringey.

“The Government needs to urgently review the current system which is clearly not working and Haringey Council needs to be given the powers and resources to bring empty homes back
into use.

"It is shameful that the Labour-run Haringey Council has failed to use existing powers to end this scandal. Local families have spent Christmas homeless because of Labour's inaction and ineptitude."

It's time to act on empty homes. Sign our petition calling on Haringey Council to make use of the funding from Government to bring empty homes back into use here.