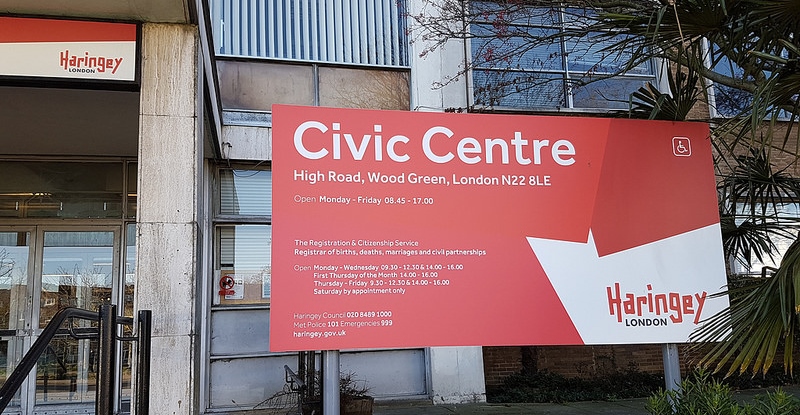 A third member of Haringey Council’s 9-person Cabinet has quit.

Cllr Patrick Berryman (Lab – Bounds Green) wrote a scathing resignation letter to Cllr Joseph Ejiofor (Lab – Bruce Grove), the Leader of Haringey’s Labour administration, objecting to a lack of “proper process” for decision making, that manifesto pledges have been “watered down or ignored” and for “decisions that I consider financially risky and imprudent”.

Cllr Berryman’s decision comes just a few months after Cllr Ejiofor sacked two members of his Cabinet amid accusations of leaking and rows about the fate of Osborne Grove nursing home and the refurbishment of Fortismere School. This was followed earlier this month by a report in the Evening Standard of “bullying behaviour” between Labour Councillors on the North London authority, often referred to as the first ‘Corbyn Council’ after an effort spearheaded by Momentum to replace moderate councillors with more ideological alternatives.

“To lose one Cabinet Member may not be considered too unusual; to lose three in as many months looks like a failure of leadership and is deeply concerning for our borough. Cllr Ejiofor has now lost a third of his original Cabinet in under a year.

“It is clear that the country's first Corbyn council is spectacularly failing. This chaos cannot continue, the residents of our borough deserve better.”

“For the, now outgoing, Cabinet member for FINANCE to say that Cllr Ejiofor's decisions ‘threaten the stability and finances’ of the council should alarm everyone in Haringey. The Council is already overspending relative to its budget by £9.1 million. Any further lapses of fiscal judgement by Labour could be disastrous.”