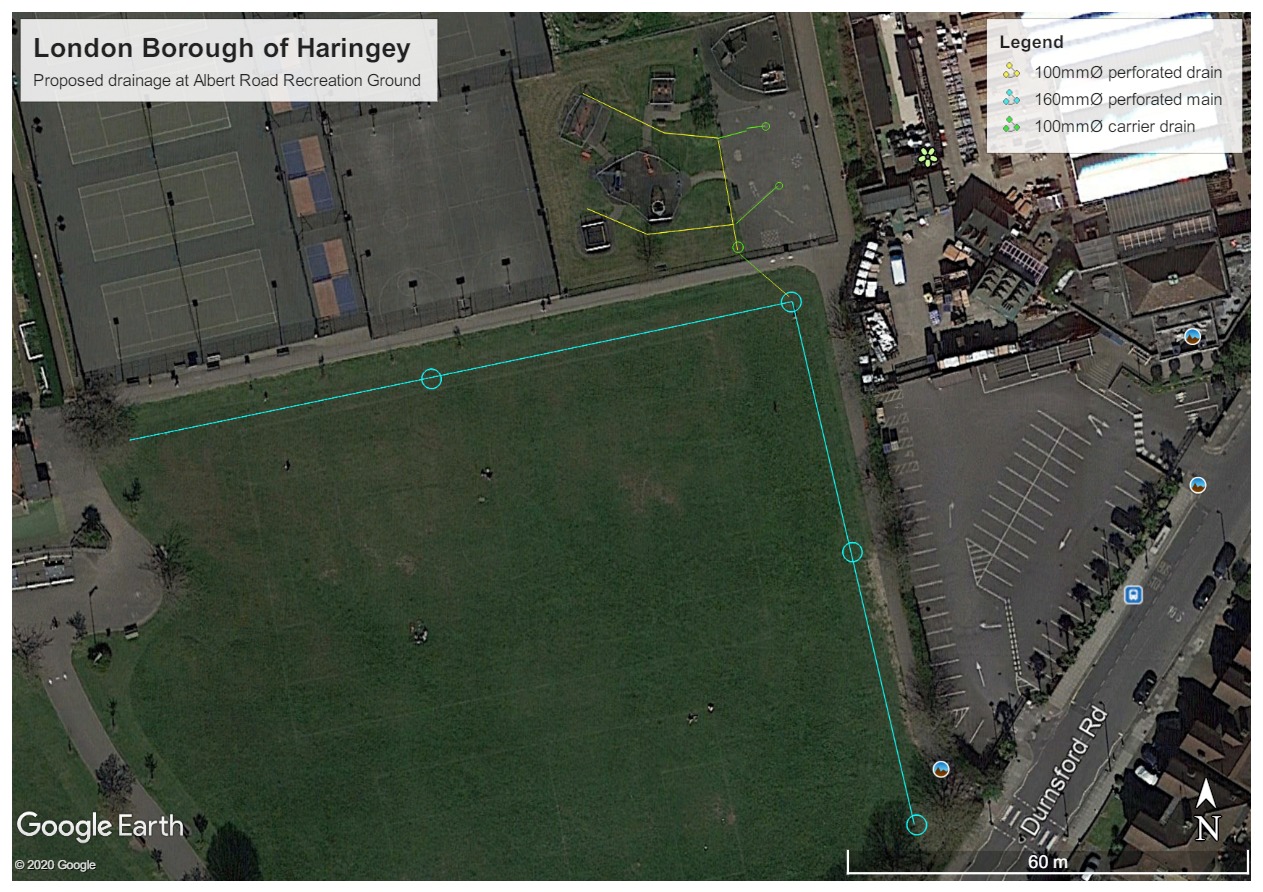 The works, which are due to commence this month, should mean that the council can start a new consultation on the overdue refurbishment of the playground, and Alexandra Park ward councillor Alessandra Rossetti is already pushing officers for a date when this consultation can begin and the local community can get involved.

Cllr Rossetti, alongside her then-colleagues and previous councillors for Alexandra, Nick da Costa and Josh Dixon, raised the refurbishment of the playground and the flooding in the park as soon as they were elected in 2018, and have continued to press the council for action ever since.

The timings are dependent on weather, and unfortunately the areas where works are taking place will be closed for the duration of the works.

These works should improve the drainage and reduce the persistent flooding on the sports pitches and playground.