Four anti-Semitic councillors is four too many 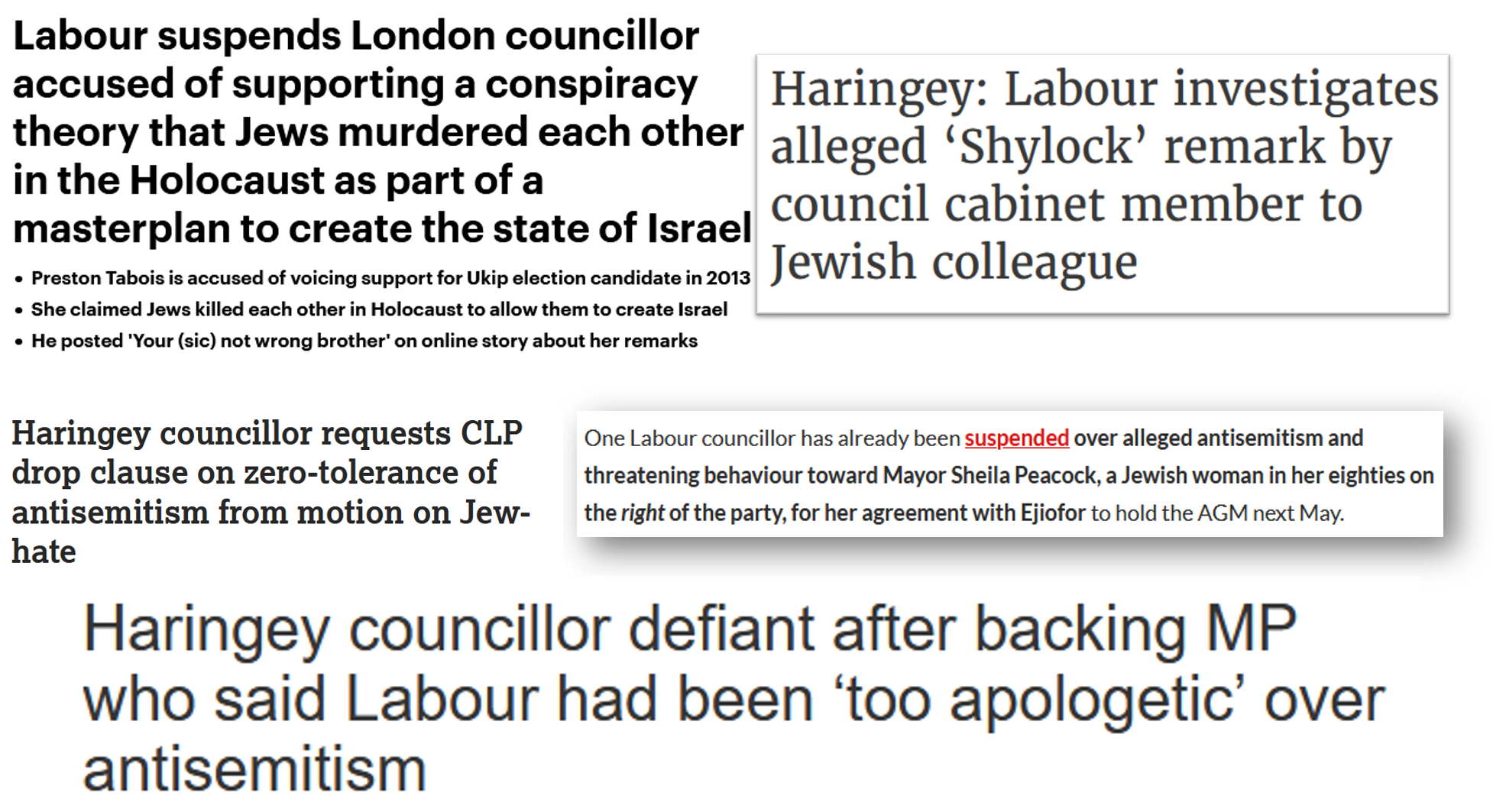 In response to the discovery of anti-Semitic statements by Preston Tabois, councillor for Tottenham Green and Labour GLA candidate, including an apparent endorsement of a conspiracy theory denying the historical reality of the Holocaust, Cllr Luke Cawley-Harrison (Crouch End), leader of Haringey Liberal Democrats, comments that:

“These anti-Semitic comments from Cllr Tabois have absolutely no place in our society. Haringey Labour must urgently explain not only how a Holocaust denier was able to become one of their councillors, but why their institutional culture is so inviting to anti-Jewish racists.

“The behaviour of members from Haringey was repeatedly cited by the Jewish Labour Movements in its submission to EHRC. Cllr Tabois is the fourth member of the Haringey Labour Council Group to have been revealed to have made anti-Semitic comments in the last two years. Two of them are still Labour councillors and one is even a Cabinet member.

“Cllr Tabois must never be allowed to re-join the Labour Party and the decent thing for him to do would be to resign from the Council. However, the number of cases shows that this is not simply a problem of individual anti-Semites. Instead, Haringey Labour is an organisation that has demonstrated that it allows, excuses and perpetuates anti-Semitism.

“Keir Starmer promised the Jewish community that he would “leave no stone unturned in the fight against anti-Semitism”. If he wants to fulfil that pledge then the national Labour Party must immediately take drastic steps to root out the prejudice which pervades their ranks in Haringey.”