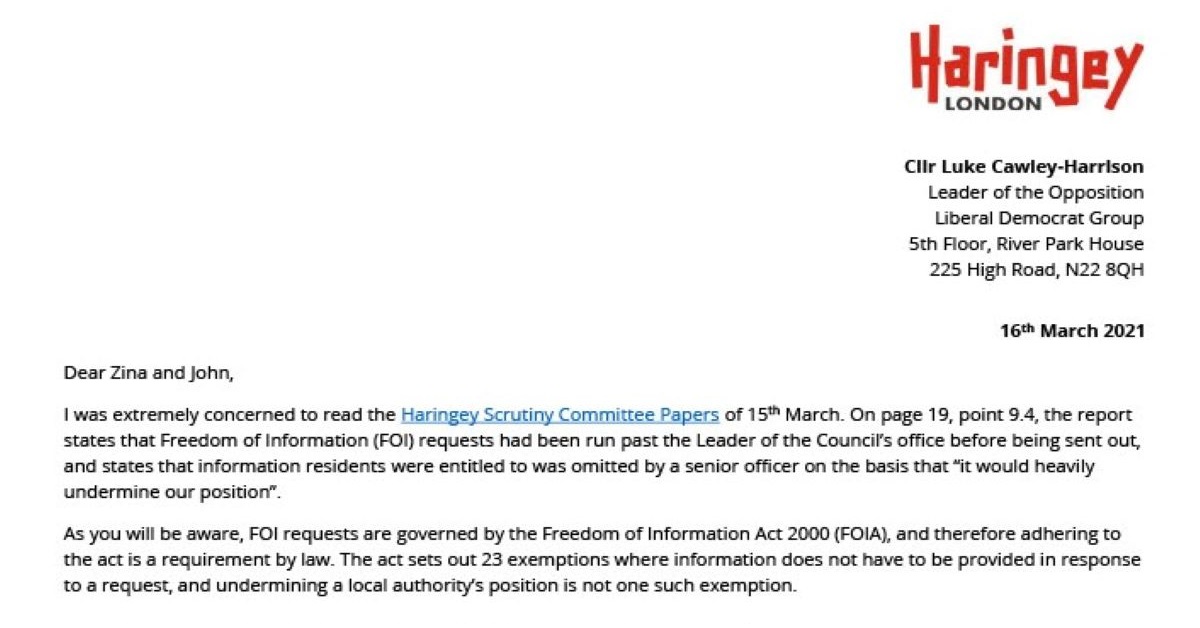 A report to the council’s Scrutiny Committee this week has revealed requests for information made by local residents on a controversial housing scheme were cleared by Labour politicians before being sent out.

The report confirmed that answers to FOI requests relating to plans for properties on the Noel Park Estate were run past the Leader of the Council’s political office.

It also highlighted further email correspondence in which a senior council officer had requested edits to responses that were due to go out to leaseholders on the estate, with information the officer said would “undermine our position” omitted from replies to residents. The cross-party committee report noted that “decisions about FOI responses were being made based on what might cause embarrassment to the council”.

Haringey Liberal Democrats have written to Haringey’s Chief Executive and Monitoring Officer to seek urgent clarification on the legality of the council’s actions and calling for an investigation into how widespread the practice is.

Cllr Luke Cawley-Harrison (LD – Crouch End), Leader of the Opposition on Haringey Council, said:
“These revelations are staggering. If it is true that any political office holder has been tampering with the FOI process then they should resign. If Labour politicians are able to wield the red pen before information is sent out then the council’s reputation will be trashed.

“Beyond that there are further questions on whether the council has acted unlawfully by withholding information that should have been released under the FOI process, purely to save face. I expect an urgent investigation and answers provided into exactly what has gone on here.”