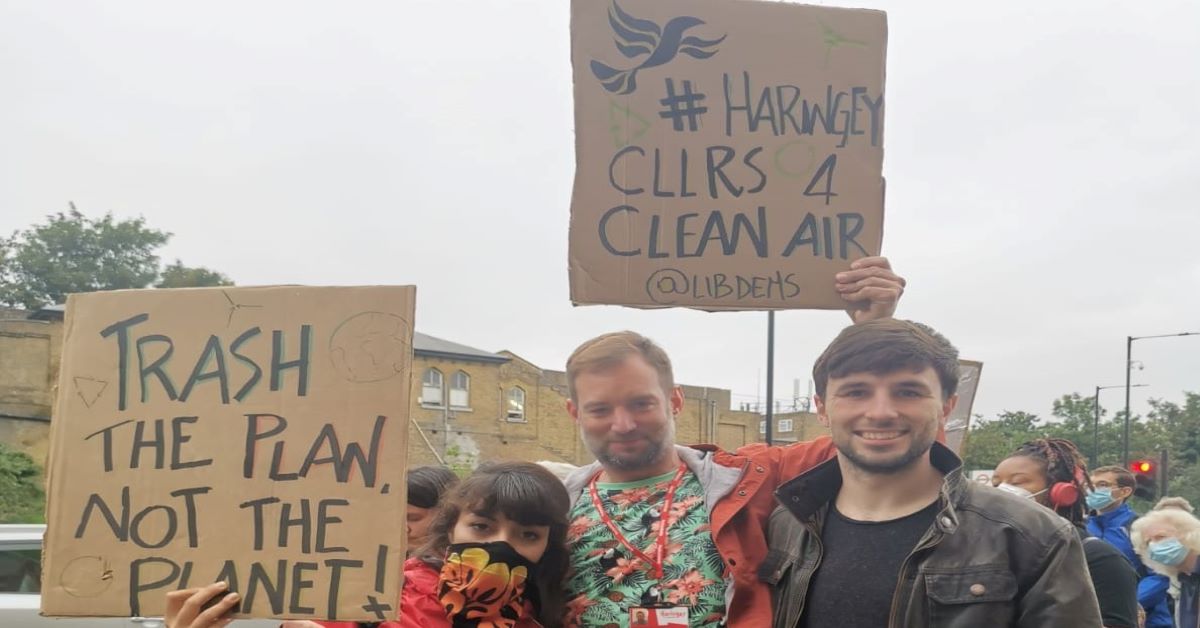 Incinerators are far more polluting than even coal-fired power plants, for example releasing 2.5 times as much CO2 and three times as much nitrous oxides. Almost 10,000 premature deaths are linked to poor air quality in London each year.

The two councillors later attended the Haringey Big Walk & Cycle Ride, to raise awareness of the impact of air pollution from cars, and to call on Haringey Council to speed up the introduction of more, safer cycle lanes and walking routes in the borough.

“Haringey declared a climate emergency over two years ago, but is still not following through on its commitments. The council should have used the pandemic as an opportunity to take stock, not push forward with half-baked plans to build an incinerator, which will dramatically worsen our air quality and burn taxpayers’ money along with our rubbish.”