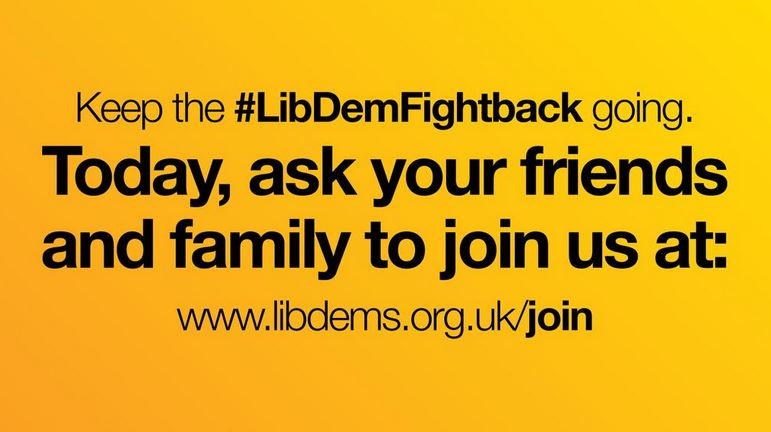 The days since the general election have not been easy for the Liberal Democrats locally or nationally. We lost many hard-working Members of Parliament including Lynne Featherstone.

Lynne has been an absolute delight to work with. I have never known anyone so committed to helping local residents and to improving the borough. I know she will be missed by local people, many of whom have already contacted us to say what a wonderful job Lynne did as our MP in Hornsey and Wood Green and before that as a councillor in Muswell Hill.

Lynne’s team also worked incredibly hard behind the scenes helping Lynne to answer thousands of resident’s letter and emails about local issues, problems with housing and the council.

Despite the tough times faced by the party, the Liberal Democrats are fighting back. We have seen the party’s membership increase dramatically since the election. As I write on the morning of the 15th May the number of Lib Dem members had increased by 12,000 in just over a week. Locally in Haringey we have also seen our membership increase by over a quarter.

We will continue to campaign on local and national issues close to our Liberal hearts. Such as a fairer voting system that more accurately reflects the will of the people and defending the Human Rights Act.

Our talented and dedicated group of Liberal Democrat councillors will also continue to work with local residents and community groups to campaign on the issues that matter to them. We will carry on the fight that Lynne Featherstone took up on fairer health funding for the borough.

We will continue to argue for more and more meaningful consultation of residents and for the preservation of democratic engagement such as Area Forums. We will argue that vital local services for the young, elderly and vulnerable should be protected.

We will strive to do our best and to represent the 18,000 people who voted Liberal Democrat in Hornsey and Wood Green.